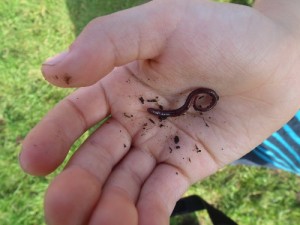 Composting is in full swing at most Wayland Schools. Claypit Hill Elementary and the Middle School have large, permanent compost bins that receive cafeteria and kitchen scraps as well as scraps from snacks. At Happy Hollow Elementary, volunteer fourth-graders daily take the kitchen scraps from the kitchen to two large movable composting bins. All these system receive coffee grounds donated by a local coffee shop. The compost is used in the schools’ organic vegetable gardens.

Benefits for the environment

Cut your waste! Americans throw away more than 25% of food served to them and in 2005 alone, almost 12% of the total municipal solid waste generated in American households was food scraps.(i)

The waste of food scraps directly contributes to landfills being the second largest source of human-related methane emissions in the United States. (ii) Methane is a lesser known greenhouse gas than carbon dioxide, accounting for 20% of greenhouse gases, but has 25 times the impact on temperature change.(iii)

If the average person composted all their food and garden waste, they would prevent 5kg of methane from being released into the atmosphere every year. That is equivalent to the carbon emissions of a 40 mpg car driving 400 miles.(iv)

Food scraps can be composted to create healthy soils that give nutrients to growing plants.
Composting organic matter continues the natural life cycle of organic matter by returning nutrients into the Earth’s soil to grow healthy plants and trees

Benefits for our schools

The compost you produce can eliminate the need to buy fertilizers, pesticides, and water for the school’s garden.(v)

Less matter will need to be transported to a landfill; collection and landfill costs will be reduced.

Are you interested in composting at home? Here are instructions at PlanetNatural.com.

We applaud, and hope to emulate, the efforts of six urban school districts that eliminated polystyrene trays. Read more in The Washington Post.